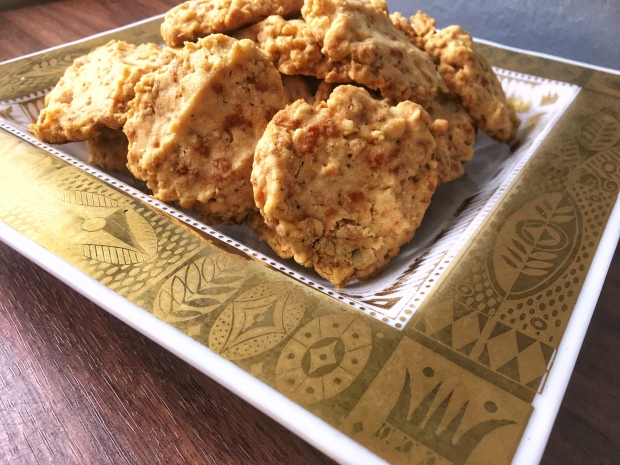 Today’s recipe box recipe comes from a vintage Bisquick box that amazingly still has the original dividers and recipes that came with it.  This is not one of those such recipes but instead a recipe giving to the owner by a Ms. Ruth Schwartz. It most likely is a recipe card from the 70s but possibly the late 60s.  I’m not quite sure the correct years when the popular “Here’s what’s cookin'” folded recipes card were produced.  All I know is that they had many illustrations and were quite popular as many of the recipe boxes have a couple. This one is illustrated with strawberries on a stem.  Ms. Schwartz was a no nonsense and organized type of lady as she typed the lines almost perfectly with her typewriter.

The recipe I chose was for a savory cheese cookie.When I first saw this in the box I thought it was most likely for a sweet cream cheese base cookie and was obviously wrong when I took a closer look. It was easy enough as it only had four ingredients and they were all in increments of two.  I knew I had to find out what these tasted like. 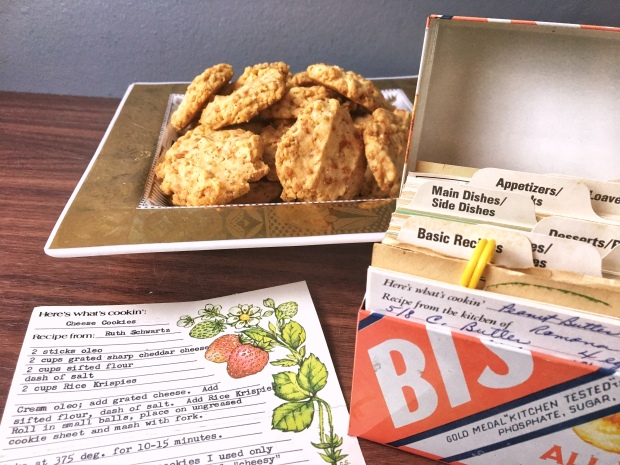 I did make a few tweaks to the recipe.  The original called for 2 sticks of Oleo which is just an old school name for margarine. I had butter in the house so that is what I used. Also I left out the dash of salt as my cheddar had enough salt and also my butter happened to be salted so I felt I was good in that department.

Lastly, before I talk about what I liked, didn’t like and what I would tweak, Ms. Schwartz was able to get 50 cookies out of this mixture and I was only able to get 30. In the recipe it is written to roll them in small balls but the word small is subjective.  As I have never had her cookies nor was a picture included I had to guess what small meant.  I guessed bigger.  It is no big deal as it all still worked out but you may be able to get more or less depending on that detail. 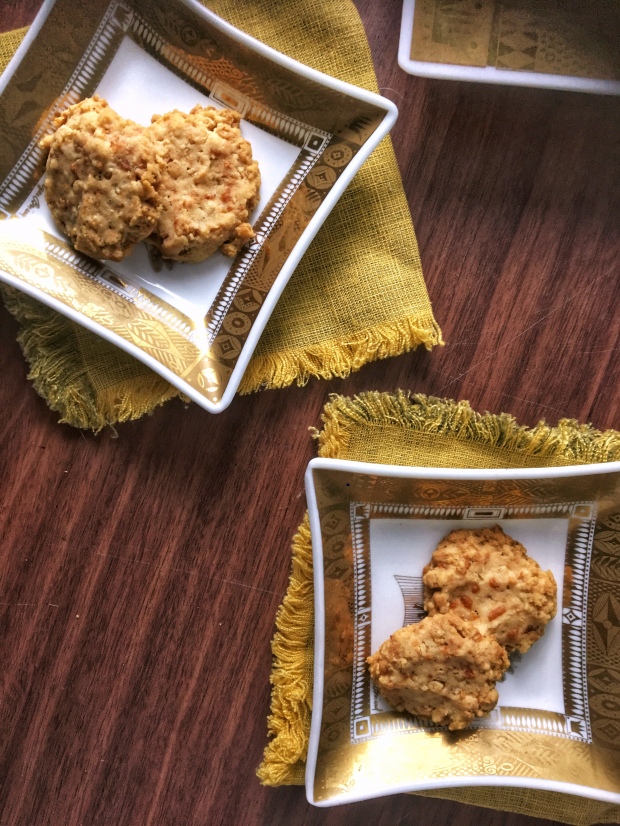 What I Liked:
Again it was easy to put together from start to finished and with little and affordable ingredients. Those are always good things in my book. They tasted good and even with me making my cookies slightly bigger the recipe worked in the end.  Also the Rice Krispies added an interesting texture to the cookie and you wouldn’t immediately know that they were used.

What I Didn’t Like:
Honestly for me there really wasn’t anything I didn’t like.  I do think that these cookies are a recipe that you are either going to love and want to make again or not.  I happened to be in the former and you may land in the later.  Some recipes are just like that!

What I Would Change:
They are pretty good on their own so nothing immediate. Wherever or however Ms. Schwartz came by this recipe, it is pretty spot on the way it is.  Though it might be fun to play around with other cheese flavors.  It would have to be a strong flavored cheese as it is the main seasoning of the cookies.  Also adding other items to change the profile a bit such as chives or maybe crispy crumbled bacon.  Trying some spices like paprika or black pepper. 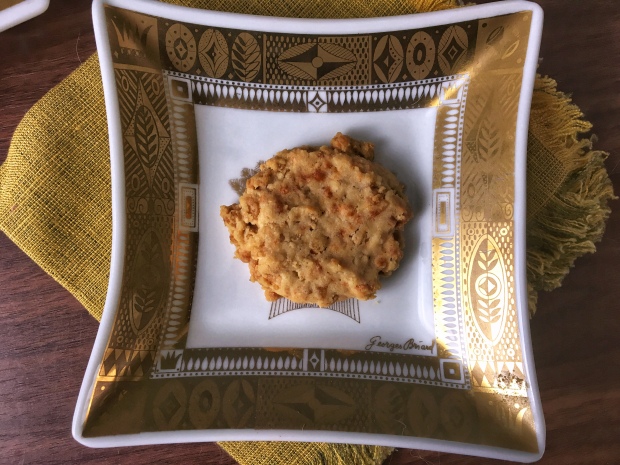 Let me know if you try the recipe or what you would change with it.  Also quick side note: Aren’t these Georges Briard plates kind of amazing!

A quick vintage recipe for cheese cookies that would be perfect for a party or potluck!