As I mentioned in the introduction post to this menu, the original pie recipe did not work. It was supposed to make two pies but there was enough filling for three. The filling was so liquidy the crust just could not bake resulting in a soggy or really raw bottom. There was either a huge typo in the measurements or the recipe just was not tested. So with not enough time to fix that mess of a pie, I went on a hunt to find another 1930s pumpkin pie recipe. I found A LOT but this one caught my eye. Actually, it is a combination of the two and it worked out great the first time. I liked the end result and I for sure want to play around with the recipe later to get it to be the perfect pie for my own tastes. 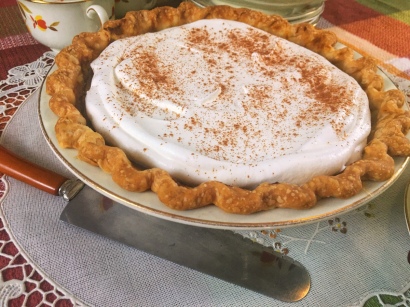 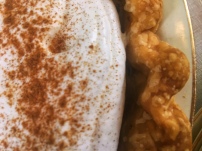 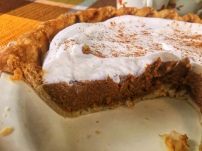 2 thoughts on “1939 Thanksgiving Menu: The Dessert”