Last year I wrote about Halloween and the Doughnut. If you are interested in reading it I will link it here. Basically, it talks about how the doughnut was quite a Halloween tradition from at least the 1930s. I didn’t include a doughnut recipe last year because of the crazy year that was 2020 and just wasn’t able to test any out. So here is me remedying that with a recipe that I have tested and adapted from a 1930s doughnut recipe. This is quite an easy recipe for a basic cake doughnut that one could play around with the spices to make their own. 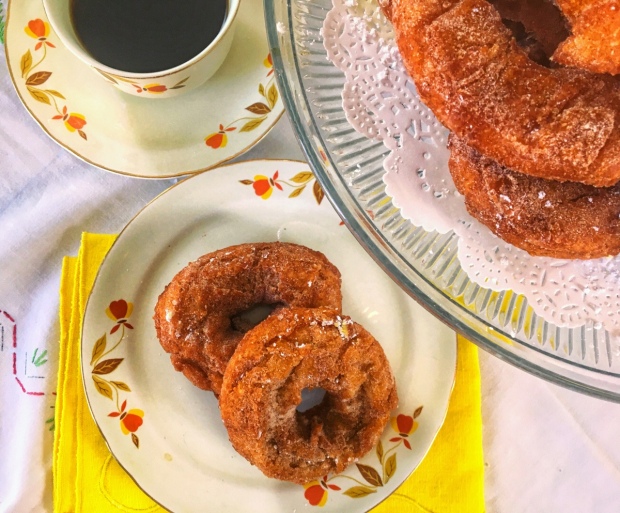 Check out tomorrow when I show what a 1930s newspaper shared as a special way to serve up a doughnut on Halloween. Also, here are a few more ads from the past that mention Halloween doughnuts plus a photo that accompanied the 1937 newspaper that I found this recipe in.