Eve Arden was an actress with a career that spanned decades. Like Carol Burnett, how you know Eve Arden depends on when you were born. If you are late gen boomer or after, then you most likely know Eve Arden as the exhausted principal in the movie musical, Grease. Born earlier, I would hazard to guess that you might know her in her most popular role as the teacher Miss Brooks in Our Miss Brooks. She played that character first in a radio series then in a television show that lasted four season with it eventually being made into a feature film. Eve Arden is also in one of my personal favorite movies the 1937 Stage Door which also starred Ginger Rogers, Katharine Hepburn, Lucille Ball and Ann Miller. 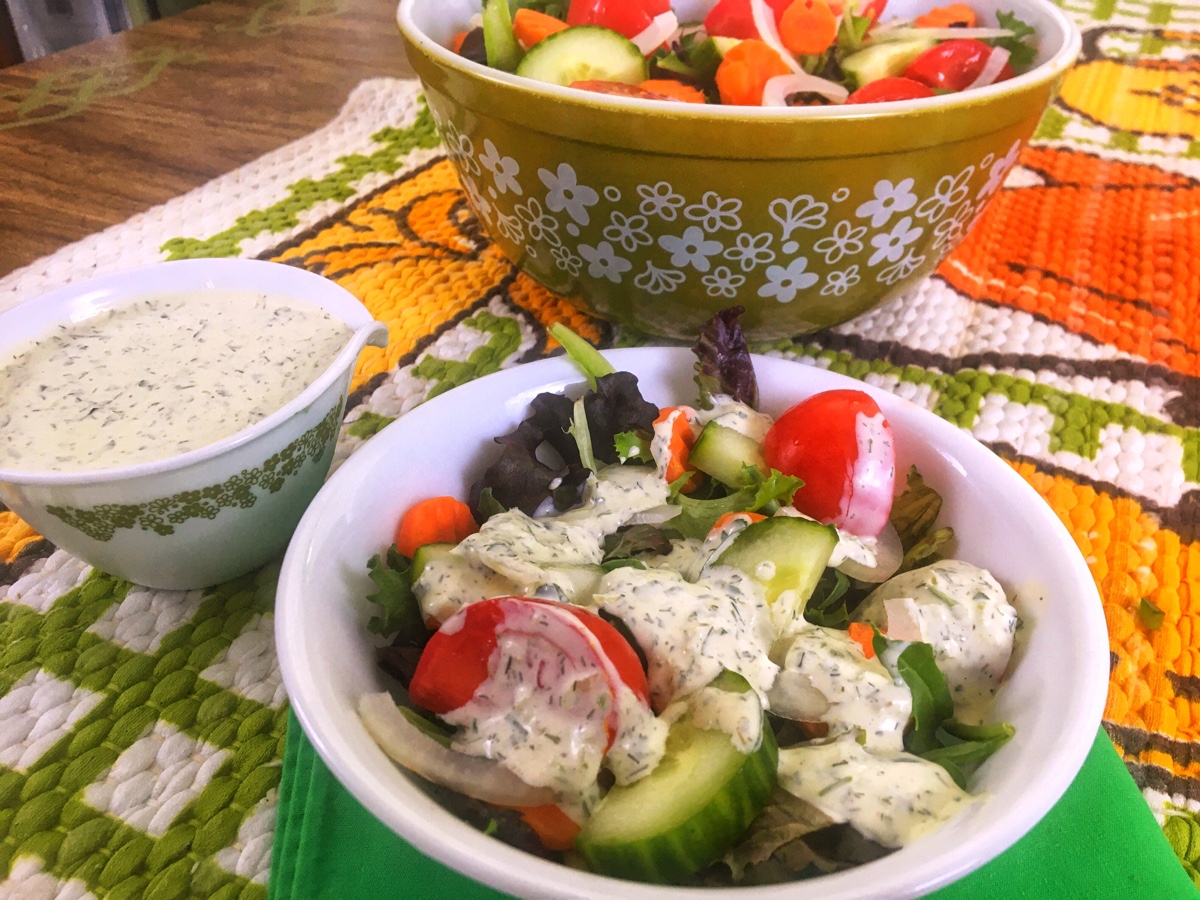 This is her recipe for a Dill Dressing. It is a super easy dressing that comes together quick. I did rework the proportions as the original recipe made A LOT. Feel free to swap out the dried dill for some fresh dill instead. Though great on a salad, this would be really good as a dip for a veggie platter.