The day finally came….. Today is the day that I picked a savory gelatin salad out of the jar.  Luckily (…sort of I guess) it was a simple salad that just mixes some raw veggies into the gelatin mixture that is flavored with vinegar and grated onion. So no crazy deviled egg or seafood gelatin salads yet. This recipe hails from the 1950s Joys of Jell-O and it is called simply Vegetable Salad. 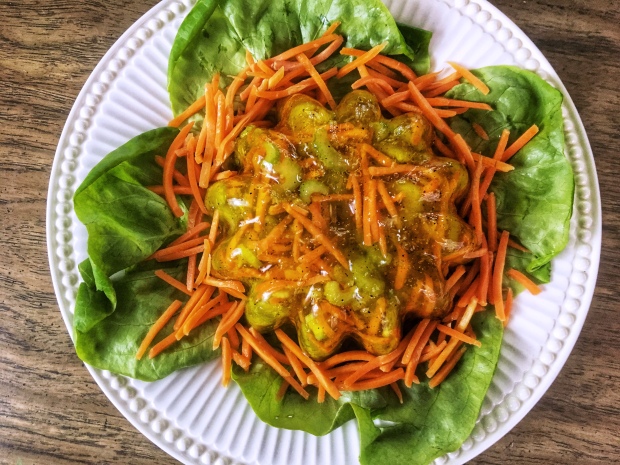 I will admit that the overall flavor was not as offensive to my sensibilities as I thought it was going to be. Now do not take that as me climbing to the top of a mountain to yell “COME ONE AND ALL! JELL-O SALADS ARE NOT THAT BAD! LETS START BRINGING THEM BACK!”. It just wasn’t as bad as I thought it was going to taste as it tasted more like a bottled vinaigrette that has been sweetened a tick too much. The congealed texture still is a little weird. 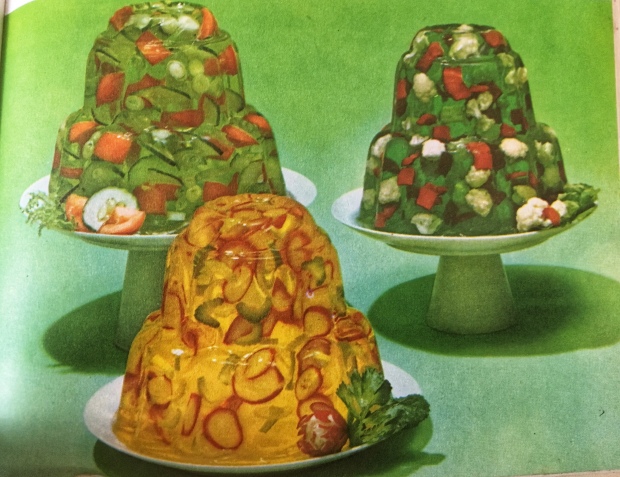 The Vegetable Salads pictured in Joys of Jell-0.

My salad ended up much more densely packed than the one pictured in the cookbook. I suspect that they double the gelatin for the ones in the picture as the molds they used were very obviously a six cup mold and mine just fit a three cup mold.  So if you want the vegetables to look more suspended in the gelatin then double the Jell-O accordingly. 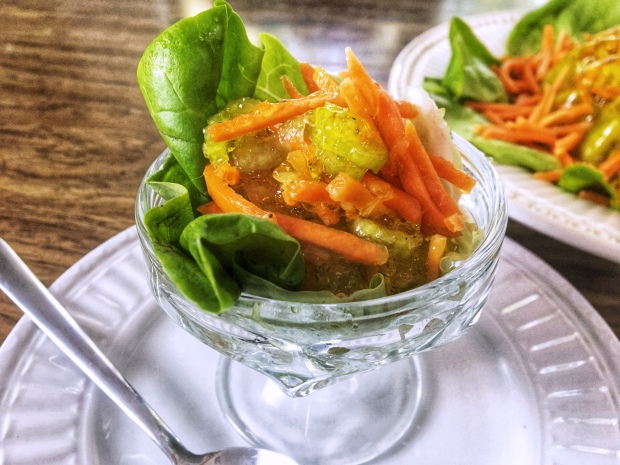 So if you are adventurous or maybe just a little crazy here is the recipe for Jell-O Vegetable Salad.  Let me know what you thought of it if you do!

Notes: You can use any combination of vegetable as long as it measures out to somewhere between one and two cups. Some suggestions according to cookbooks are: